Sä his being a coupe, four doors notwithstanding, one might have expected Mercedes Benz to crown it with a retractable roof so as to offer prospective clients a sculptural and spacious convertible. Fermer La session de votre victime. Whether national of international, every one of his selections fulfil their principal role of sustaining an ongoing exchange with the dishes prepared by chef Pascal Bardet. After initialization, bf3 creates test cases in a numbered system. The source is modified only when required to enable a missing feature or to remove hard-coded limitations. Du glace sur votre bureau Taille 53 Ko format. From the rear deck, a spiral staircase leads to the sun deck above that can accommodate a hundred or so guests around its large table, sun loungers, barbecue and jacuzzi.

Moreover, the honeypot can play a role in the real-time adjustment of the security policies of the enterprise domain where it is deployed. The SIP registrar server of the domain should be also configured in order to let Artemisa be straler with a set of extensions e. Once Artemisa is configured and launched, which is suggested to do it on a separate machine or virtual machine, it keeps listening and waiting for SIP activity. Cqm, any call or message which reach the honeypot is suspicious and is analyzed.

The analysis involves the usage of different techniques and third-party tools to determine and classify the nature of the message. When the message is classified and a conclusion is obtained, Artemisa reports that in several ways such as running user-configurable scrits and sending an e-mail report.

The user-configurable f8.0 allow the administrator to give Artemisa the enough power to adjust the domain policies bratuit real-time. Cuckoo is a lightweight solution that performs automated dynamic analysis of provided Windows binaries.

It is able to return comprehensive reports on key API calls and network activity.

A sinkhole is defined like a process in which we redirect specific IP network targeted visitors for a variety of security factors just like analysis, diversion of attacks and detection of anomalous activities.

Read on below for additional facts on sinkholes as well as the a couple of sorts of sinkhole implementation — darknets and honeynets and how you possibly can use them for getting valuable facts relating to threats and misconfigurations within your network. One can observe the DOM in detail using this utility. It has predefined rules to scan DOM. One can run the scan on existing DOM and fetch interesting entry points and calls.

It allows tracing through JavaScript variables as well. Using this utility one can identify following vulnerabilities. The DOM as seen in all the aforementioned cases needs to be analyzed in many aspects.

You can use that information to learn what causes software break. Also that information can help you write some protection codes for those specific vulnerabilities. This binary diffing technique is especially useful for Microsoft binaries. Not like other vendors they are releasing patch regularly and the patched vulnerabilities are relatively concentrated in small areas in the code.

That makes the patched part more visible and apparent to the patch analyzers. DarunGrim2 is way faster than original DarunGrim. The core of every plugin use TitanEngine SDK from ReversingLabs under the hood, this help to the developer to write plugins very easy and very fast without the need to worry about some repetitive and boring functions like dump, fix the iat, add sections, etc. 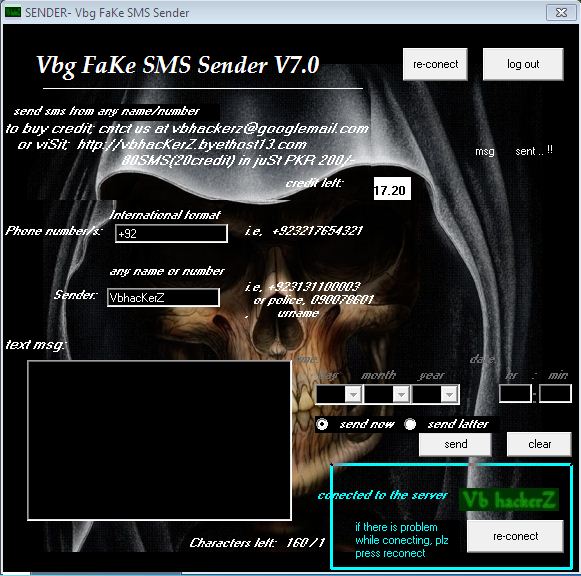 It aims at providing a scripting tool to generate and analyze malicious PDF files. As well, it can be used to create on-the-fly customized PDFs, or to inject evil code into already existing documents.

It also has some features that can make it useful for PDF vulnerability development. Specialized tools that deal with obfuscated JavaScript code, low level PDF header and object reader are available. JavaScript tools include integration with JS-Beautifier for code formatting, the ability to run portions of the script live for live de-obfuscation, as well as a pretty stable refactoring engine that will parse a script and replace all the screwy random function and variable names with logical sanitized versions for readability are also available.

Flasm disassembles your entire SWF including all the timelines and events. Looking at disassembly, you learn how the Flash compiler works, which improves your ActionScript skills. You can also do some optimizations on the disassembled code by hand or adjust the code as you wish.

Flasm then applies your changes to the original SWF, replacing original actions.

Flasm is not a decompiler. It includes substantial contributions by Ralf Fuest, Steve Webster and others. Graudit is a simple script and signature sets that allows you to find potential security flaws in source code using the GNU utility grep. It is particularly valuable on systems controlled through Group Policy, on which the standard security settings dialog does not allow viewing of settings.

IEZoneAnalyzer version 3 represents a total rewrite, adding a tremendous amount of new functionality compared to earlier versions. Note that IEZoneAnalyzer does not require administrative rights. It also does not have an installer — just run the utility directly. The aim of the INetSim project is to perform a quick run-time analysis of the network behavior of unknown malware samples in a laboratory environment. Immunity Debugger is a powerful new way to write exploits, analyze malware, and reverse engineer binary files.

It can be used to get at those hard to intercept network streams, assess those tricky mobile web applications, or maybe just pull a prank on your friend. The goal is to man in the middle traffic for testing purposes. This can be configured within a virtal machine environment using host only network interfaces.

The victim virtual machines then configures the Mallory machine as the gateway by manually setting its gateway. The gateway machine will have at least one WAN interface that grants Internet access.

The victim network then uses the Mallory gateway to route traffic. MiniFuzz is a basic testing tool designed to help detect code flaws that may expose security vulnerabilities in file-handling code.

This tool creates multiple random variations of file content and feeds it to the application to exercise the code in an attempt to expose unexpected and potentially insecure application behaviors.

NetworkScanViewer is a GUI application designed to help view the results of nessus v4 and nmap v5 scan results. It combines the functionality of both NessusViewer and NmapViewer. The application loads the scan data from nessus and nmap XML, does some data cleansing, then displays the results on the results list. The list data can be sorted by clicking on the column headers, so it is easy to order and locate particular information. There is also the ability to filter on specific information like host, port, service etc so it is easy to drill down to specific information.

The export functionality exports using the data shown in the results list, so if you change the sort order or filter the results, then it is reflected in the export. Excluded scripts can be re-added at any time by using the Options window. ProcNetMonitor is the free tool to monitor the network activity of all running process in the system. It has advanced color based auto analysis system to make it easy to distinguish network oriented processes from others with just one glance at the list.

It also comes with export feature to save the entire process-port list to standard HTML file for offline analysis. Rules to check for SQL injection can be easily added.

Output can be printed neatly on the command line or in tab delimited format. With time, malware authors are becoming cleverer and are successfully finding ways of evading security software. As malwares get equiped with newer techniques, it gdatuit becoming imperative for reverse engineers to test for malwares in the time made available to them. It is one of the tools that we have been waiting for download since the time it was announced at the BlackHat 09! Best of all, you can have all of that automated.

It grautit also be used to make new tools that work with PE files! It can be used to create all known types of unpackers. Displays the above stated information in GUI for user to see and probably make use of those information for analysis.

Reverse Engineering by Crayon Slides from the Blackhat talk. Malware Analysis via Hardware Virtualization Extensions http: WinAPIOverride32 is an open source and advanced api monitoring software for Windows sgealer systems. You can do it for API functions or executable internal functions. This can be specially helpful when you are dealing with malwares or trying to reverse engineer certain applications.

The basic functionality of the System State Analyzer tool is to allow you to compare two snapshots taken at different points in time.

This allows you to compare the state of a machine both before and after an application install or probably you could use it in your VM as a first step in malware analysis or reverse engineering. Hence you will need to download the toolkits to get the System State Analyzer tool.

YARA is a tool aimed at helping malware researchers to identify and classify malware samples. With Steaper you can wtealer descriptions of malware families stealdr on textual or binary patterns contained on samples of those families.

Each description consists of a set of strings and a Boolean expression which determines its logic. Binary analysis is imperative for protecting COTS common off-the-shelf programs and analyzing and defending against the myriad of malicious code, where source code is unavailable, and the b8.0 may even be obfuscated. Also, binary analysis provides the ground truth about program behavior since computers execute binaries executablesnot source code.

However, binary analysis is challenging due to the lack of higher-level semantics. Many higher level techniques are often inadequate for analyzing even benign binaries, let alone potentially malicious binaries. Thus, we need to develop tools and techniques which work at the binary level, can be used for analyzing COTS software, as well as malicious binaries. The BitBlaze project aims to design and develop a powerful binary analysis platform and employ the platform in order to 1 analyze and develop novel COTS protection and diagnostic mechanisms and 2 analyze, understand, gatuit develop defenses against malicious code.

The BitBlaze project also strives to open new application areas of binary analysis, which provides sound and effective solutions to applications beyond software security and malicious code defense, such as protocol reverse engineering and fingerprint generation. The fuzzer owes much of its efficiency to dynamically generating extremely long-winding sequences of DOM operations across multiple documents, inspecting gratut objects, recursing into them, and creating circular node references that stress-test garbage collection mechanisms.

Visited objects and collected references are tagged using an injected property to avoid infinite recursion; a secondary blacklist is used to prevent navigating away or descending into the master window.